1 x 0.750L
Bordeaux
perfect
perfect
into neck
none
90 / 100 Robert Parker
After less than persuasive performances in two potentially great years, 1989 and 1990, Mouton-Rothschild appears to have settled down, producing fine efforts in recent vintages, culminating with the enormously promising, unquestionably profound 1995. The 1993 is a beautifully made wine which could be considered a sleeper of the vintage. The wine boasts a dark purple color, followed by a sweet, pain grillee, roasted nut, and cassis-scented bouquet that is just beginning to open. In the mouth, the wine may not possess the body and volume of a vintage such as 1990 or 1989, but there is more richness of fruit, a sweet, ripe, pureness to the wine, as well as medium body and outstanding balance. This moderately tannic, well-focused, surprisingly rich 1993 is capable of 15-20 years of evolution. Anticipated maturity: 2004-2015. Readers should note that this wine comes with two labels. The original label, with its delicate yet unprovocative portrait nude of a pre-teenager by Balthus, was banned as a result of protests from America's neo-puritans. What has resulted is considerable speculation in the original label, which is selling at $50 more than the blank creamy white-colored label that is "officially" sported by those bottles of Mouton-Rothschild imported to America. Although Mouton-Rothschild can be among the most inconsistent first-growths, when this estate gets everything right, the wine can be as compelling as any produced in Bordeaux.
Wine Advocate #109 Feb 1997
90 / 100 Wine Spectator
Mouton comes through again. Impressive '93, deep in color and full-bodied, boasting plenty of currant, black cherry, mint and toast character. Well crafted, showing depth for this vintage. Give the tannins some time to mellow. Try in 2000.
http://www.winespectator.com/wine/detail/source/search/not.. 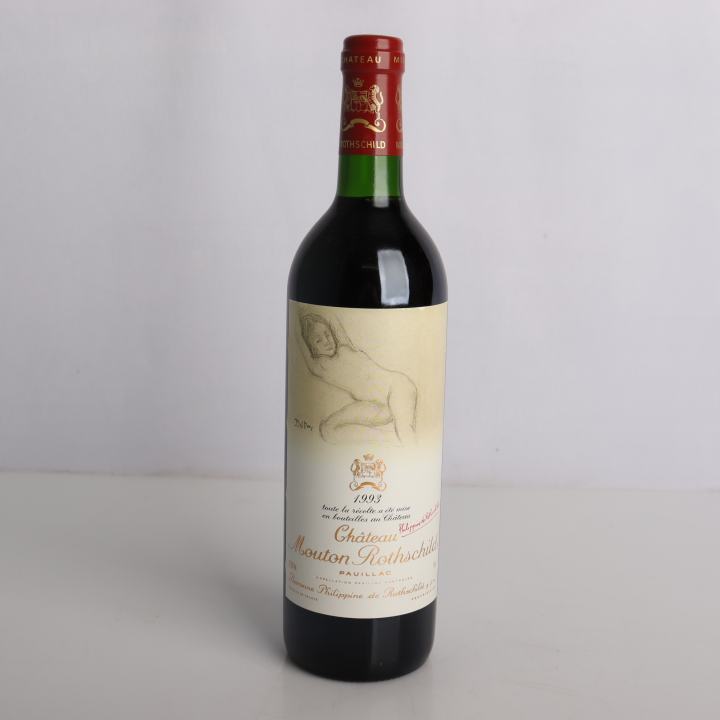 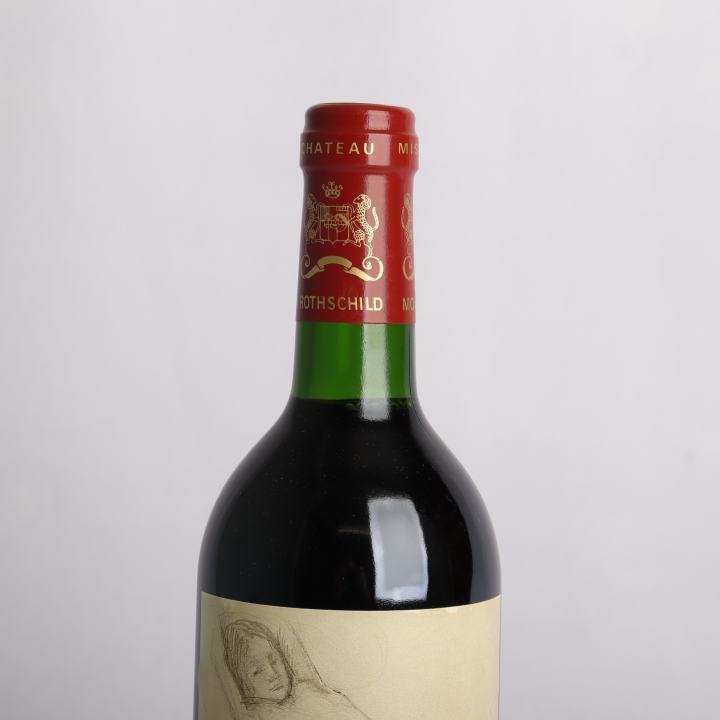 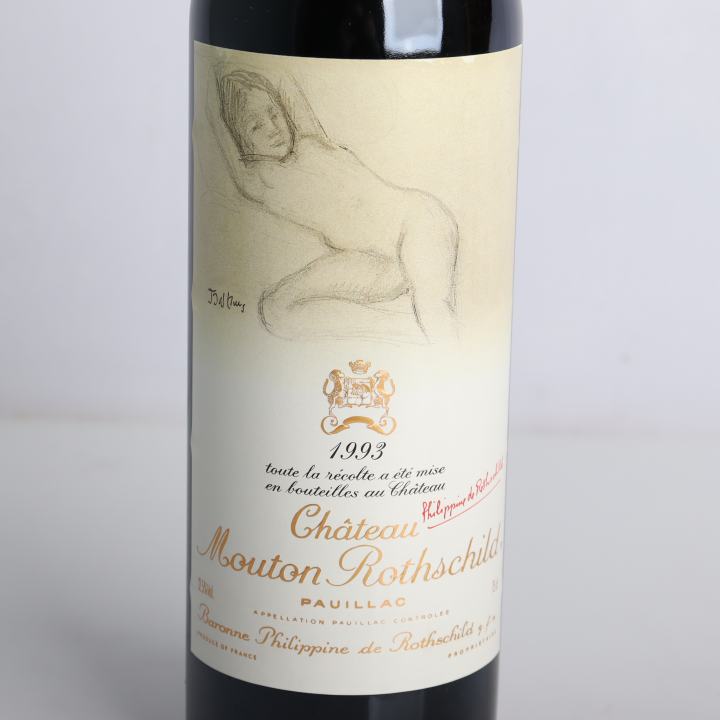