1 x 1.500L
Bordeaux
perfect
perfect
into neck
Original wooden case
100 / 100 Robert Parker
When I asked winemaker Olivier Berrouet about his greatest challenges in 2015, he replied, “Our biggest challenge is to avoid all the temptations you can have in the vineyard and in the cellar. You can go too far. With our job, if you go too far, you can’t go back. Little steps are best.” His comments eloquently explain the immense pressure of handling a seemingly pressure-less vintage like 2015 in Pomerol. But, with the devil in all the many details that are involved in the pursuit of wine perfection, if anyone has that devil by the horns, it is this incredibly talented young winemaker. Medium to deep garnet-purple in color, the 2015 Petrus (bottled in mid-July 2017) opens in its own time to reveal crushed black cherries, warm plums, mulberries and cedar chest suggestions with touches of anise, lavender, beef drippings and wild thyme plus a waft of crushed rocks. Medium to full-bodied, it fills the palate with generous, exuberant, wonderfully layered red, black and perfumed blue fruits contrasted beautifully by very ripe, very fine-grained and very firm tannins plus an ethereal line of seamless acid, finishing long and minerally. Olivier Berrouet and his team have knocked it out of the park in 2015. Look for this Pétrus to build and unfold over the next 20 years and confidently cellar this legend for 40+ years.
Interim Issue Mid-Februar 2018, The Wine Advocate
98-100 / 100 Robert Parker
The 2015 Petrus is, of course, 100% Merlot picked between September 15-29 , although the secateurs were only used on six of those days with a majority coming toward the end of that period. Olivier Berrouet told me that it will be matured in 50% new oak. It has an extremely precise, controlled bouquet with crystalline red and black fruit. This is not a powerful or intense bouquet, but beguilingly pretty. It is crystalline and I detected more mineralité than in recent vintages, perhaps because there is less puppy fat. The palate is beautifully balanced, completely harmonious, underpinned by filigree tannin that assert a sense of focus and linearity until two-thirds of the way along, whereupon it fans out while maintaining breathtaking clarity. Touches of cracked black pepper and spice lend this Petrus personality and intrigue. Having tasted most legendary Petrus since the 1940s, and tasted here from barrel since 2002, I can only apologize for being so predictable by claiming that this may well nestle among the likes of the Petrus 1950, 1964, 1989 and 1998.
eRobertParker.com #224 Apr 2016
18.5 / 20 Jancis Robinson
Picked 15-29 September. Long period for such a small property! pH 3.7. Not the deepest crimson of the lot. Exotic, super-charming nose. And lovely freshness on the palate. Almost Cabernet Franc-like (very ripe Cabernet Franc)! Hint of decongestant medicine! Something sweet and peppery. Not too big, but super-opulent. Great charm and intensity on the palate. Quite difficult to see the tannins; they emerge only at the end. You shouldn't need to wait too long for this. Wonderful persistence. The most beautiful ink you will ever encounter. Lots of energy.
http://www.jancisrobinson.com/tastings/search?keywords=Petrus%202015&query_field=title_t-country_t-regions_txt&perpage=20 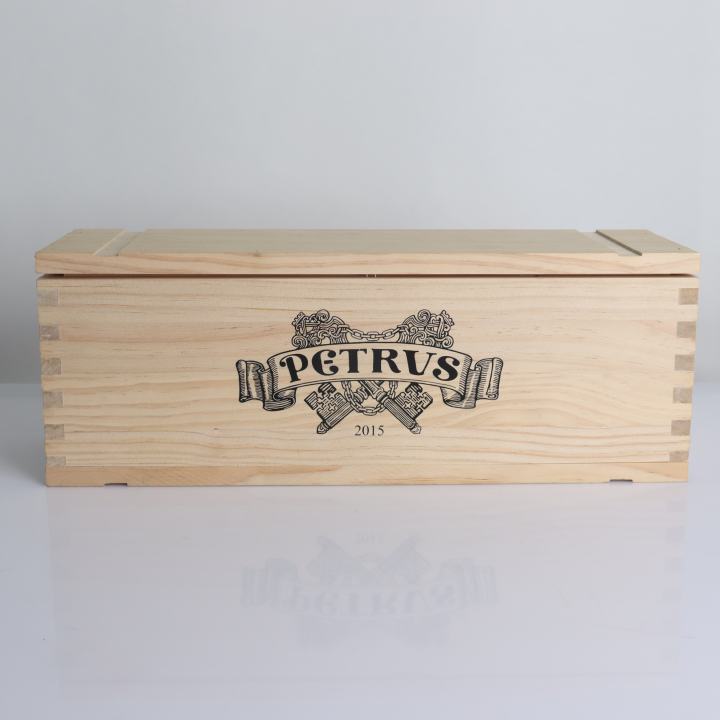 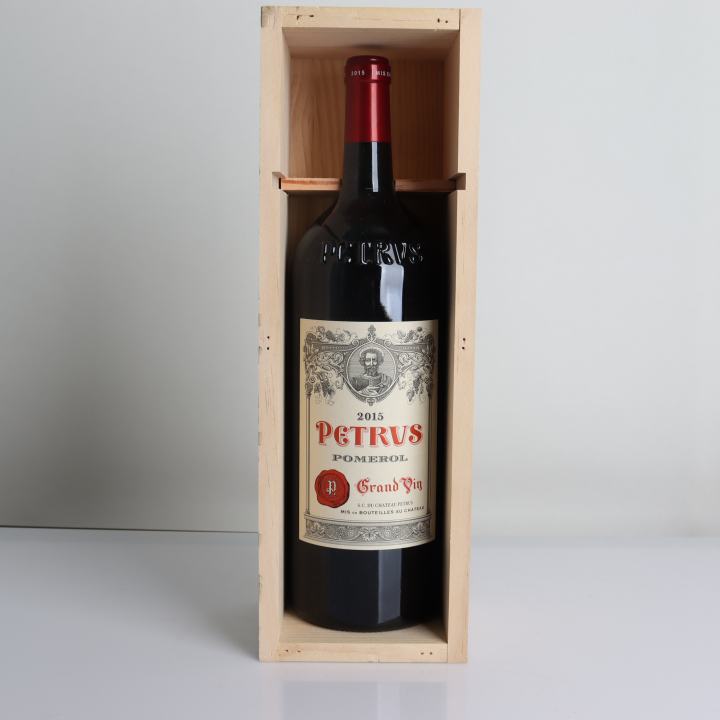 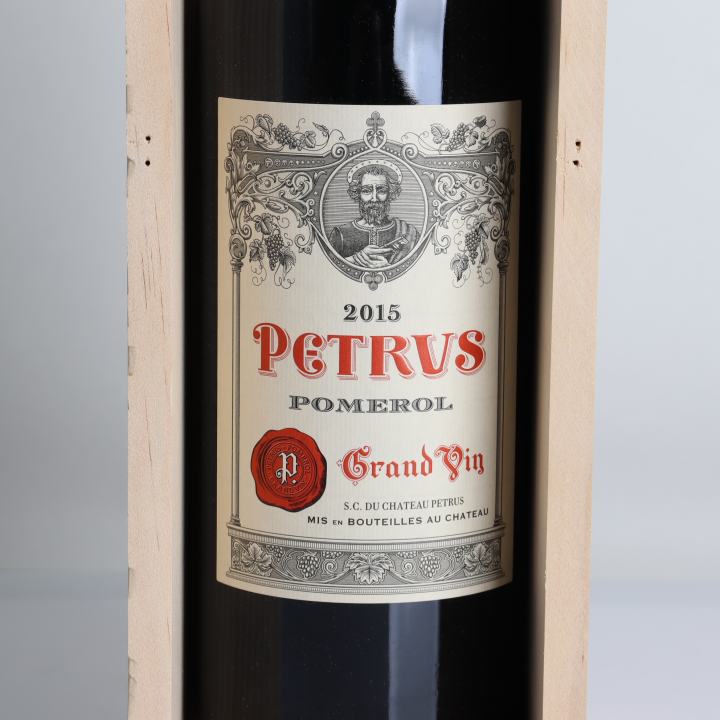 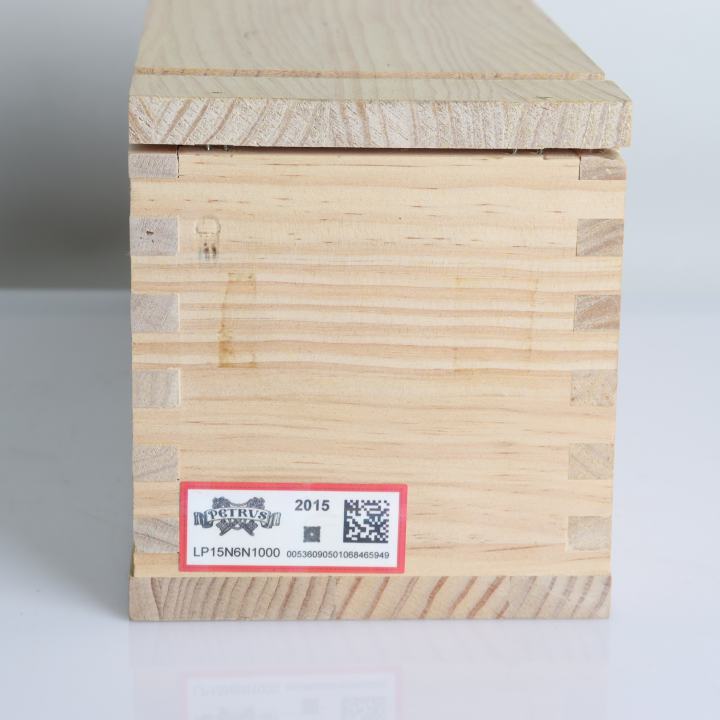