1 x 0.750L
Bordeaux
perfect
perfect
into neck
none
100 / 100 Robert Parker
Both La Mission-Haut-Brion and Haut-Brion hit home runs in this vintage, which did not produce as many profound wines as the Bordeaux publicity machine suggested. 1989, the 200th anniversary of the French revolution, was an incredibly hot year (surpassed only by 1990 and 2003). Even from barrel the seamless 1989 La Mission revealed a special elixir aspect, tasting like it had been designed by Chanel. It still possesses a blue/purple color with only a hint of garnet creeping in, and the explosive aromatics offer up notes of licorice, creme de cassis, blueberry liqueur, smoky barbecue meats, truffles and graphite. If that’s not enough to get one salivating, the palate has never disappointed either. Full-bodied with extraordinary opulence as well as sweet, well-integrated, velvety tannins, this fresh, lively, blockbuster La Mission appears to be one of those rare wines that never goes through a closed, unfriendly stage. It has been a compelling, multidimensional effort from barrel, in its infancy, and as it heads into late adolescence. A remarkable tour de force in winemaking, it is one of the all-time profound La Mission-Haut-Brions.
Wine Advocate #202 Aug 2012
96 / 100 Wine Spectator
What a nose of pressed flowers and full-throttle dried fruits. Full-bodied, with intense and very ripe fruit that has undertones of dried fruit, raisin and grilled meat. Chewy and decadent, almost rustic, offering so much richness and decadence. So much to give still, but why wait?—'89/'99 Bordeaux blind retrospective (2009). Drink now.
http://www.winespectator.com/wine/detail/source/search/note_id/276739
18.5 / 20 Jancis Robinson
Lively and rich. Dense blackcurrant and savoury. Much livelier than the 1990. Mainly Cabernet Sauvignon. Fresh and sinewy.
http://www.jancisrobinson.com/tastings/search?perpage=20&colour_s=Red&keywords=mission+haut+brion&query_field=title_t&sort_field=vintage_i&sort_desc=true&page=6 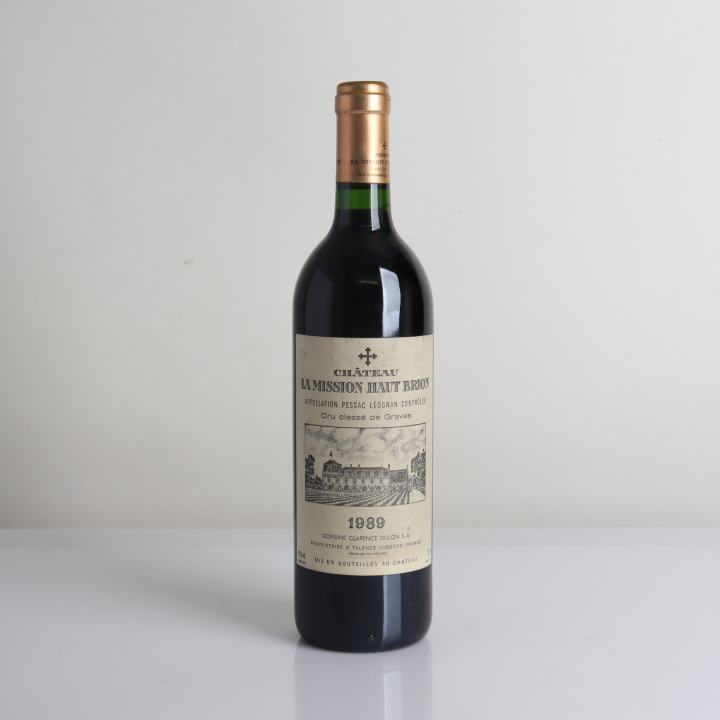 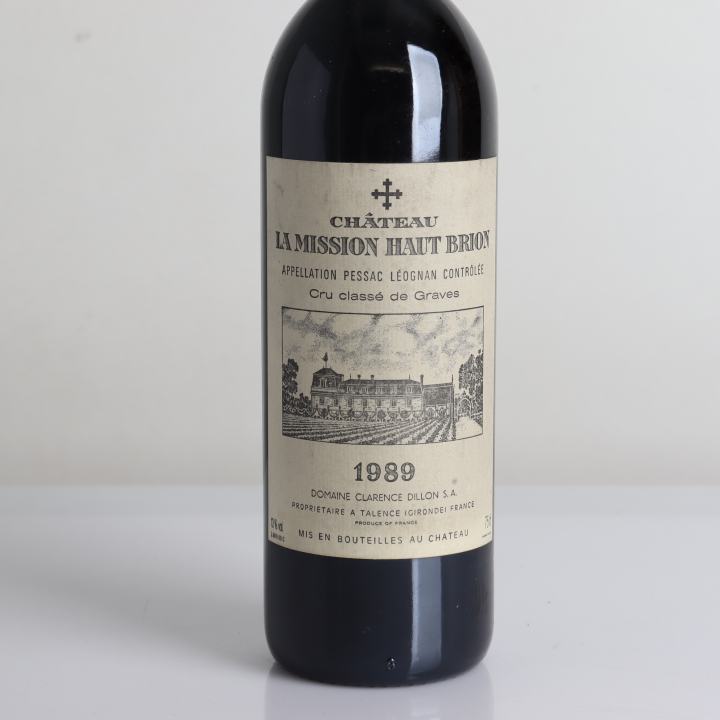