1 x 0.750L
Burgundy
perfect
perfect
into neck
none
96-98 / 100 Robert Parker
There is only around half the production of the 2016 Chambolle-Musigny 1er Cru Les Amoureuses this year, which equates to three barrels or a measly 750 bottles. It has a heavenly bouquet with lifted black cherries, cassis and blueberry that are just so vivacious, as if not caring two hoots about the frost damage. The palate is beautifully balanced with fine and slightly chalky tannin. There is a noticeable saline influence with hints of oyster shell toward the dense, gently grippy finish and finally hints of tea leaf on the aftertaste. The only thing wrong about this wine is the quantity. Bewitching... The test of a great winemaker is what he can do when his back is against the wall. The back in this case belongs to Christophe Roumier, whose vineyards lay directly in the firing line of the frost. Perhaps as you would expect, he overcame the challenges with a supremely assured set of 2016s that merely reaffirm his domaine as occupying the top echelon in the Côte d’Or. That is not to suggest that quantities escaped unscathed after all—unless you are Rudy K, you cannot magic a bottle of Roumier out of nothing. There is not a “sausage” from his Bourgogne Rouge vineyards that were not frozen over, and production was too small to do anything after mildew finished off the “hit job.” Not that punishment was meted out just at the bottom of the hierarchy: both his Chambolle-Musigny Amoureuses and sacred Musigny had half the production lopped off. In the latter case that means instead of the “one and a bit” barrels of Musigny, there is a single 180-liter barrel, minus my tasting sample, to satiate the thirst of millionaires around the world. There is no Chambolle-Musigny Combottes, and the thimbles that were saved were blended into the village cru. His Ruchottes-Chambertin was cut by one-quarter whereas Bonnes-Mares was spared, only 10% to 15% down. This has been compensated by the additional 0.5-hectare en fermage from Pierre Naigeon (Etienne Grivot had farmed this for a couple of years). The only vineyard that was unscathed was his Charmes-Chambertin. “It was the worst frost since 1981, the year that I started at the domaine,” Christophe explained. “In fact, 2016 was worse than 1981 because it killed the shoots. In 1981 though, there was hail in August. Anyway, it means that this is the smallest crop since 1971. There were what I call 'emergency shoots' after the main shoot was damaged, but no second-generation buds.” I asked why he thought Chambolle was hit so badly, and he agreed that it must be the cold air descending down the valley behind Chambolle village. However, it does not explain why vineyards higher up the slope, such as Amoureuses and Musigny, were also hit. “Fortunately, we had clean grapes with no disease or rot when we began the harvest on 27 September,” Christophe continued. “The winemaking was the same as usual, though with less punch downs. That said, it is something I have reduced in recent years. I used around 50% for the cuvées. The malolactics finished in July, and the wines were racked a month ago [October] although the blending between barrels has not be done.” Readers may notice an additional wine this year: the Echézeaux. This is an additional métayage from a small parcel located in “En Orveau” that Christophe admitted was not the finest enclave of the grand cru. Moreover, he only took charge a week before the harvest, so he had no input into the viticulture and he mentioned that the vineyard needs a “makeover.” However, he clearly relishes the chance to make wine in Vosne-Romanée, though in this inaugural year the vines were hit by frost, so there are only 150 liters in a new barrel. I did taste the wine and felt it was little dominated by the wood, so I will be judging it more from next year when he should have a couple of barrels. Readers should note that this may not be commercially released. So what about the ones that are? There is a clutch of exceptional wines here, not least the riveting Morey-Saint-Denis Clos de la Bussière that escaped the frost and showed great vivacity and structure. Even the Chambolle-Musigny Les Cras, cropped at just 9.5 hectoliters per hectare, shrugged off the tumult of the growing season and, to quote Rihanna, shone bright like a diamond. The Ruchottes-Chambertin showed a little better than Mugneret-Gibourg’s, although I would not rate it as the best Christophe has ever produced. The Chambolle Amoureuses could not give two hoots about the frost and just oozed class, while the Bonnes-Mares is less flamboyant and opulent than usual but still beautifully defined. As for that 180 liters of Musigny? Simply awesome. It was interesting to note how here you could barely tell it is a new barrel, whereas for the Echézeaux it felt obvious. Good luck finding that when released. Do invite me when you open a bottle (and Christophe).
234, The Wine Advocate
19 / 20 Jancis Robinson
Barrel sample. Down 50% in 2016 so the wine has extra richness. Wonderful intensity on the nose. Pure, high-toned fruit. Almost meaty. Fabulous pungency and satin texture. You could wallow in this tonight. Just amazing balanced and richness. Lift but very rich. Words fail me. This is the sort of wine all burgundy lovers seek.
https://www.jancisrobinson.com/tastings/search?keywords=Georges%20Roumier%202016&query_field=title_t-country_t-regions_txt&perpage=20
93-96 / 100 Allen Meadow
An all but invisible dab of wood sets off the overtly spicy and more deeply pitched mix of plum, violet, lavender and tea scents. Remarkably fine tannins shape the energetic, refined and beautifully well-detailed middle weight flavors that are pungently mineral-inflected while delivering superb depth and length. This understated wine 'wows' but it does so by virtue of its wonderful sense of spherical harmony rather than through sheer size and weight as this is not nearly as imposingly powerful as either the Bonnes Mares or the Musigny.
https://www.burghound.com/tnsearch/index.php?id=265382 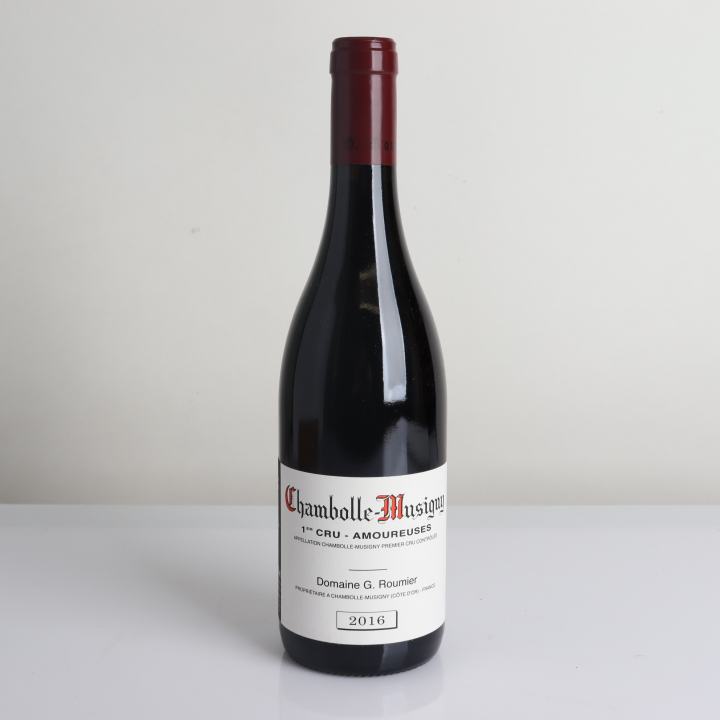 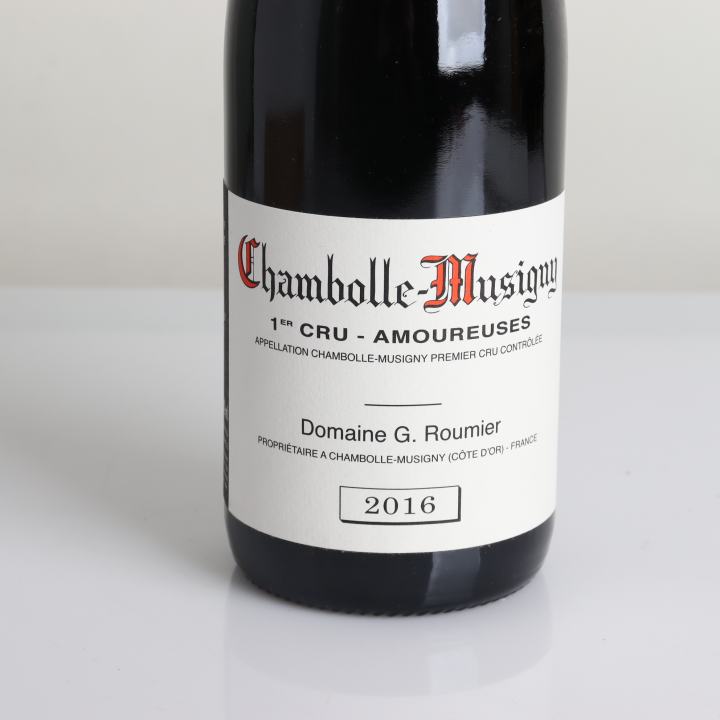